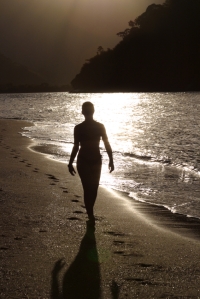 I’m pleased to report survival of the Festive Season. It wasn’t a time I was looking forward to. Although it was not the first Christmas or New Year I’ve spent alone and it won’t be the last, this year my suddenly single status was something just weeks before I could have neither anticipated or imagined.

On the whole it passed without incident and there’s much to be said for that—no squabbling families, no disappointed or sugared-up children (or adults, come to that) and no demented or drunken  third cousins, twice removed to be cleaned up after. Coupled with that, a healthier than normal bank balance, unsullied by the taint of conspicuous consumption, has its advantages.

The biggest plus point of all was not having to deal with the pitying looks and mindless platitudes or the dancing around the issue trying to pretend everything is normal. It isn’t.

My spouse of 20 years waltzed out of the door three weeks before Christmas, without warning or fanfare, into the arms of another (younger) woman and with impeccable timing chose the period around our twentieth anniversary to do so.

It left an ugly bruise—on my heart and on my ego.

Quite naturally there’s a memory tape looping endlessly through my head—music, sounds, smells, photographs, people, places, not to mention half a wardrobe of uncollected clothes and a heap of dirty laundry—all conspiring to create a mass of constantly swirling images drifting in and out of my consciousness. I would like to switch the damned thing off and hit the erase button, I really would. But it can’t be done; part of that memory tape is what makes me, me.

I was listening to a podcast this morning about taking back ownership of one’s emotions and the necessity of not letting another person dictate or interfere with your well-being.  It actually made a lot of sense to me and after reflection, this is the agreement I’ve reached with myself for the New Year, call it a resolution if you like: I will no longer allow another person to determine how I’m going to feel every day, happy, sad or otherwise. Sounds simple but I’m under no illusion as to how hard it will be.

This quote was sent to my by a friend a couple of weeks ago at just the point I needed to hear it  and so I am claiming it for my mantra:

It has been said, ‘time heals all wounds.’ I do not agree. The wounds remain. In time, the mind, protecting its sanity, covers them with scar tissue and the pain lessens.

I’m starting to think about characters and plots again for the first time since the bomb was dropped on my life and that’s very good news. Not writing has made me miserable.  The fear of not being able to write has made me paranoid. It’s a nasty, vulnerable feeling and I don’t like it.

So I am taking back control. Instead of feeling miserable and victimised I am marching into 2011, embracing my singleness and the freedom it brings to express who I really am; my life may have changed but my goals certainly haven’t.

Bring on the scar tissue.

My Tweets
Join 1,586 other subscribers