Here at the Gastropod Central, the all-you-can-eat buffet which attracts visitors from far and wide in mollusc world, the plat du jour is usually a combination of something like:

Quite frankly I’m not even winning the battle, let alone the war with these slimy little buggers.

#2 Retaining my Gallic theme, or maybe because I’ve been watching a bit of Le Tour on the box, à propos absolutely nothing at all,  what’s the deal with cycle lanes that just appear  for about 5 metres and then abruptly terminate,  then re-appear about 200 metres further down the road for another few metres and then promptly disappear?  Maybe you’ve seen them? They normally have a car parked on them. Or run straight through the middle of a bus stop.

Now I’m not a cyclist, but if I were, I’m thinking this would be more than a little confusing.  It occurs to me that if someone has taken the time and trouble, not to mention the expense of creating these sporadic little tracts, would it not make more sense and better use of the public purse if they were actually joined together?

#3 This is the point where the weak of stomach and those of a gentle disposition who do not wish to encounter an example of bloggery pevishness  which is to follow, may wish to avert their gaze because I’m about to have a little bit of a rant and believe me, this one has been coming for quite some time.

I share my life with a dog, a very large one —maybe I mentioned it. I may also have mentioned that we walk—a lot; last year we clocked up 1500 miles and this year looks like being on target for the same distance. As far as Plott dog is concerned, and in the way of all things with a digestive tract, there’s a certain element of by-product and the top and bottom of it is: we scoop—regularly.

Now that doesn’t make us better than anybody else, it just makes us aware of our civic responsibilities and conscious that since we don’t want to stand in it, I’m thinking nobody else does either.  And yes, we use biodegradable scoop bags and thereby hangs the tale… 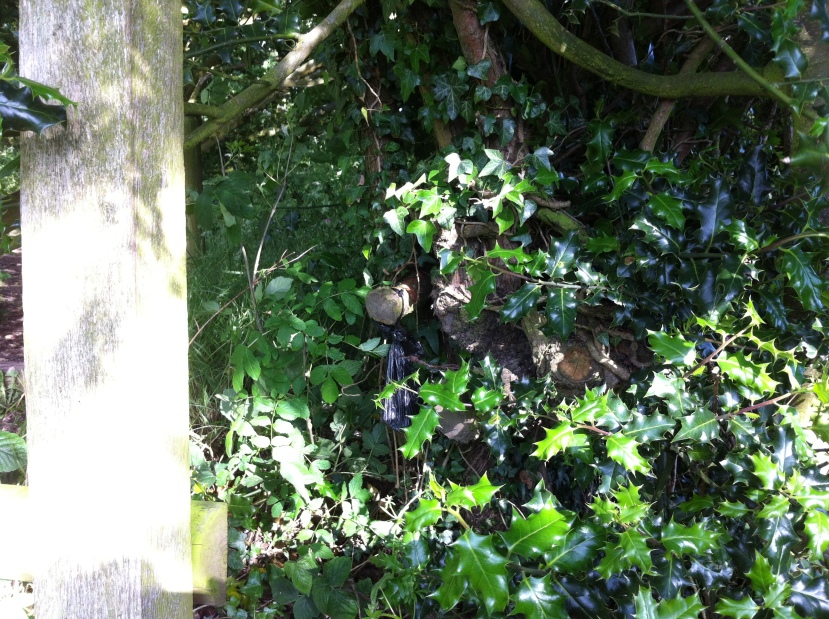 Maybe I’m missing something, and there are plenty who would wholeheartedly agree with that statement, but here finally is the third thing I don’t understand.

What is the point of going to the trouble of scooping it up, bagging it and then tossing it in the hedgerow?

Come on people, you’ve done the yucky part, surely carrying it as far as the trash bin is not too much to ask? And particularly, as the next series of photos will demonstrate, when the bloody bin is only a couple of steps away.

Yes that is indeed a pair of scooped poops hanging from the gate.

And this is how far they had to carry it… 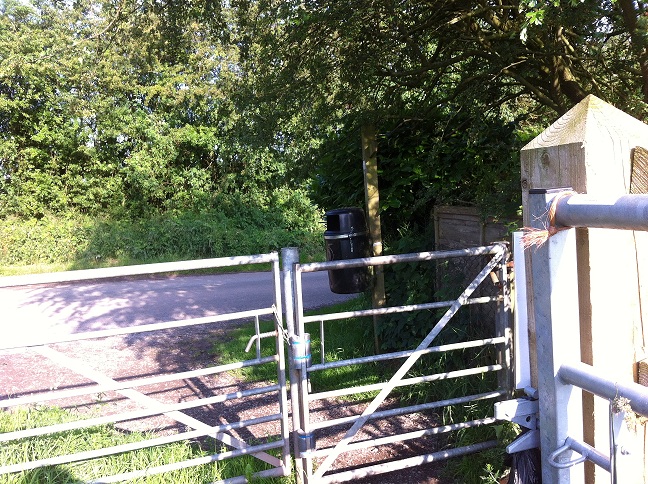 For once I am totally bereft of words.

Rant over here’s something nicer to look at, courtesy of those fantastically hard working folks at Stone in Bloom who are working so hard to make this a blooming good year.